In north eastern of Takhar is Badakhshan, in to west has border with Kundoz, in to south has border with Baghlan and in to north has border Tajikistan County. The weather in Takhar in summer is warm but in winter is cold which the temperature in winter become down up to -21- -29co but it’s going up during summer season up to 35-40 co. 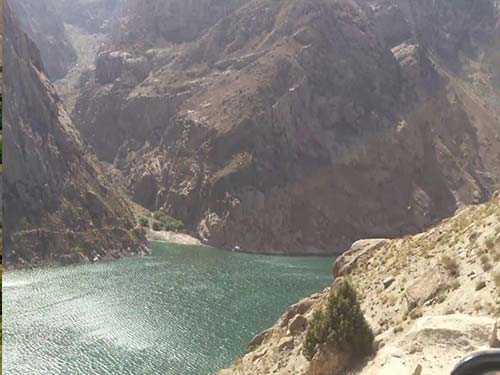 Takhar is a historical province which its history is belongs to Askandar Maqdoni. Greek writers of geography (Astrabo and Batlimos) had been written about Askandar, Amo River and Okseana in their books but up to recently wasn’t clear that this historical city is where? Until this fantasy secret of Askandar found in eastern of Amo River in north eastern of Afghanistan in Takhar province. Monument region of (Askandar f Amo River) in a small village by the name of Ikhanom which named by archaeologists in Greek and Bakhtari it means historical city. Local people from past known about historical towers and other geometric buildings of Ikhanom which was interment under the grave and they have interesting histories from this place.

Historical Place of Ikhanom located between Amo and Kokcha rivers, Ikhanom was a quoin of Greek during Bakhtryan kingdom whod had been liven there. Takhar has most relic and historical places which popular of them are shrine of Khwaja Bahawllden, Khwaja-e-Kheder, shrine of prophet Waqif, Khwaja Changal, Per Farkhar and Zobin’s castle.

In Takhar isn’t any co-operation or company but people has handicraft like to making of shows from cuticle of animals, wool weaving, marbling and embroider. People of Dasht Qala by using of wool make carpet, hat and other wearing clothes that sometimes they relies them to bazaar.