sari- pul province located in the north zone of the country a year ago it used to district of jawajzan province in 1367 was promoted to the provincial level of the province mountains, sozma glah, shangcharak, sheep's, hunter and balkhab, was established and head quartered in west in the north to the jawzjan proviince, east of bulkh, bamiyan and ghor in the south- west og garyab and samangan province border with the south east. sri pul province 603 kilometers away from Kabul and provincial level of the three country considered. This province in a term ofgeographical structure one mountainous area called at the land 75 percent of that is mountains the other residuum land of it has established smoothly. sar -e- pull province is still not promoted and progressed still as known expected to economic trends and economic problems Since it has resolved rural business is still the record. sari- pull province in a corner of the big highway is locate at north of its effect on the growth open at the center of sar-e- pul province has gotten several shops and small market composed in that provinces in a north called mazar-e- sharif consumption the majority of sales from agriculture products in rural and local bazaar and remote area has prepared. But recently found dynasty hopes that the economic situation in the province with mining and oil business will be progress. 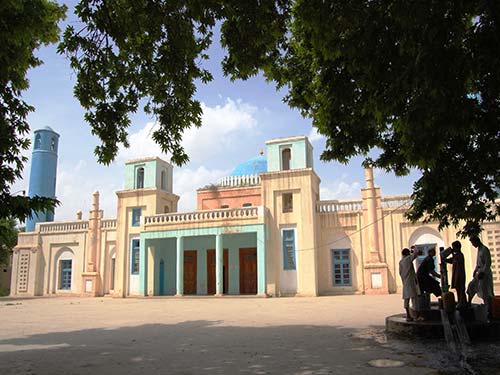 Two river as known as springhare during to arable land has irrigated. in winter season has a nice weather, but in summer they need lots of irrigation hasn't sufficient work on diagonal irrigation system in the province is under way if implemented then much of the granite land will be green all though there have mountains and hills of divt and dam in the province but also agricultural land and smooth.

SilkRoad is being passing a way through sari pull and connected Balkh, Faryab with this province.