Parwan province is one of the central provinces which has located about 64 kilometers to the north of Kabul. It�s second province among country province. This province has bordered with maidan wardak, bamiyan, baghlan, apisa, panjshir and its capital city charikar.

parwan province the most lush green and the birth place of emam azam rahamuttullaha, with in historic relic areas in jabalseraj, charikar and bagram. Suchas jabul saraj palace, in 1907 during the reign of amir habibullah was being constructed in named as a roof of jarajullmasar, untill 1297 at period of amanullah khand kingdom used as the headquarters of monarchy. most of the prophet Mohammed ( PBUH) companions including king shah useful qaital, in the region of Hofaiyan also located in the west of charikar which had been martyred about 93 of them in there tombs is in the same place and also Sayeed abbas jan agha, sayeed jafar murard, mir jahan located in there.

20 meters height of charkar minaret has been constructed in during of khuuushanian this minaret had build in 1377 and has been destroyed by rocket, since now hasn't reconstructed.

Bagram is one of the relics districts in the province was being a capital of Kabul kings.

It got about 16 relics such as fire temple of lord kanishka and which the king of maqtanderian was in a period of kushanians since 120 to 160 AD until now it has located there. And the large airport of bagram which still located in this district in province. Recreational area.

GullGhondi one of the recreational area in the center of the province. In northern and northeastern province is the tunnel is twoand half kilometers cross the way to a mountainous and natural beauties and people go there in summer season for picnic.

Mines As known coal mines taighani syagred in surkh-i- pars devoid road, Turkmen cooper mines in the valley of surkhi parsa, mines of massicot and leap in the district of surki- parsa, mines of granite rock in different areas of SafiMountains, gold mines in jarakhushek, marble quarries in the salang districts located in this province.

The textile loom industry especially clothes and linen of this province in all around the country got estimated. Culture activities in the province has better than the other provinces. Purple flower brigade gone be held in this hill every years in excess to be other efforts has used active media culture such as televisions radio, audio and print has prospered in this province. 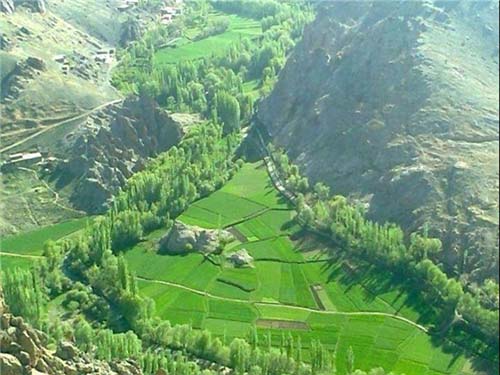