Nuristan province one of the north east of the country. In local ancient historical area that has been named in different periods different names. Nuristan as looks of geographical location a mountainous in ancient period was known as kafiristan and balowerdtan another name of this province as the most be said that bolourian not only the area but some other area of kunar, chtral, kapisa, has also related to blourstan but then all residents area of this has been converted to Islam and has named that area Nuristan called.

most of Nuristan valleys made in mountains and hill, rivers and wooden bridge built over on it original language of Nuristani people is Nuristani about 15% percent of the people speak in pachaie language and other rest of percentage of the resident of it is pastun and Tajik exist in some areas in the north of the province badahkshan at the east border with chilral and kashmir region of Pakistan from south with kunar province in the west to panjhir, kapisa and leghman borders people of Nuristan accepted the Islam religion in 1891 during the region of king abdullrahman khan.

Nuristanhas got a mild climate all year from 600 to 800 mm of rainfall province, the northern part of Nuristan the weather is very cold the temperatures up to 10c0minus.

Nuristan is a mountainous province, in winter snowy where it takes place and all ways blocked severely cold weather in winter at this province, but in other season of the years the temperate of the area is very hot in the summer. 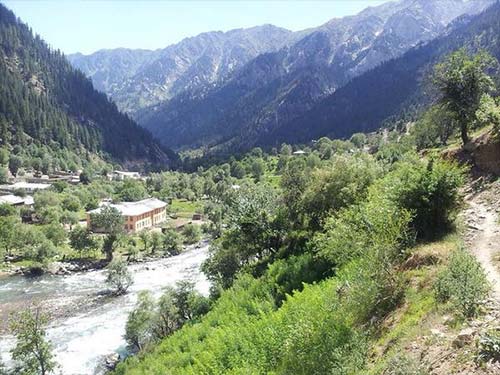 Traditional costume, habits and culture the residents of Nuristan province with other province hasn't like others made majority people of this province are livestock. has the east and other opened to the west , their cloths have made in from animal skin and wool, men have curving art, this nice valley still keeps the ancient traditions of Aryans.