Nimroz considered one of the most ancient and historical province of Afghanistan. It is one of the first central of civilization and the region. It has several historical names which proves it antiquity in avesta it called haetument ( means owner of water. Sestan is anther historical name sestan is the eleventh land which known as the cradle culture of this region are the world wind mills ravine of the the golden of the India and far east it was the kingdom of many dynasties and empires. 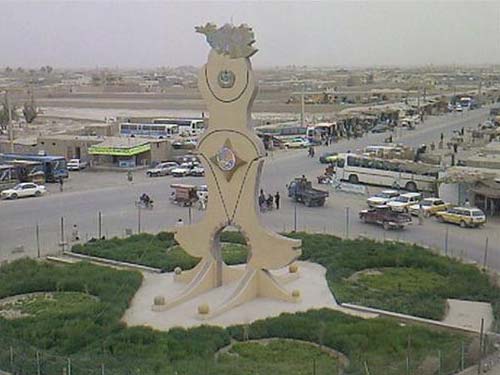 Castle of fateh his located in 60 km to the south of zaranj in dasht-i- khawabgh which was the seat of kings and princes of kiani of sestan. qala-i- targo one of the legendry fort near charbujak along the road sar-tar 25 kms to the south east of qala i fateh that for the intensity of its remains entitled such as ghulgola many precious stone s, metal coins (silver, gold) from parti abbasi, saffari and ghazanavied empires has been found from this place.

hazarburj castle or chelburj has been located 20 km to the east of zaranj to samanid period. Minaret calls khawaj siahpush in dashti posti qaw in zahidan old city.

wools weaving and embroider to the local people of chaghtur nawe, Ghaghari , mulestan, and other part of local district, gharbagh majority woman of this area weaving and take way such as carpet saddlebags, socks, gloves, jackets, wool blanket, which is famous by shalqi, shawls or scarf in this province women are preparing their familyrequirement throw this way. rather imported to the outbound and has made the great and fair bazaar to beyond but in the bazaar of this area prospered so well wields potters also one of important industries in this province fromthe past period of sultan Mahmud ghaznawi which this province was central of cultural and education which has traditional fur coat, also become one of famous industries in this province fur by especial Manner of people to used the skin of those animal which has long wool.

These kind of dresses has be so warm in the session of winter getting used. ghazni province in winter so cold the elder has used as this clothes so there for, fur coat during the past was being used.