Nangharhar province located in the east of country which have the historical characteristics, climate weather fruit, produced naturally views has attracted the attention of countrymen from the west bordered with logar and Kabul and to the south within spin ghar and paktia. The average surface temperature in summer season is about 45 degrees Celsius and weather season the temperatureuntil +2 positive Celsius. and has Mediterranean climate and the level of rainfall in winter season about 242- 390 spin ghar one of the most famous economic mountain in the south eastern of Nangarhar which located in the south at 48 km to the east of Peshawar, beginning throw west has extended to borders along to logger province and the most seasons, full of snow, hillside of spinghar mountain full of lush and green forests. 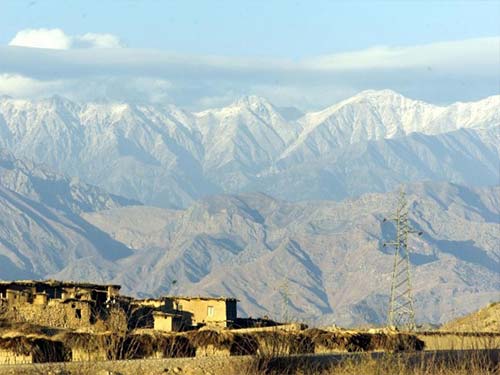 Nangarahar has a good environment for industry, because of the four season climate is favorable for agricultural and formerly. Handicrafts, mat bulrush, potters, chaply Kabab, kamta, was made now most of that has gone.

Every year poetical in season of orange flowers in spring has celebrated which poetical and cultural from different province or educator accross the country participated in it. About nearly half century along and still celebrated every years in spring season.

The large water dam in Nangarhar is drauntha which has constructed in 1385 and located in baba khiwa district.

Most of the ancient temples has located in surkh road district of Nangarhar province such as tombs Bahar Abad caves, Charbagh, Baghi safa, Takhti Babur , shah faizullah agha shrine , Najmullddin Aghah shrine, small temples Durantua temples, Saraj Almart, and also some other place which has located in this province tomb of ghazi Amanullah khan, shrine of doulaki babah mailali shaib shrin, Akoundmousa bati kohite, the museum of Nangarhar which famoused by hada museum. And the other famous site of Buddhism is hadda during the 7th centyrt has been made it was at the center of fine arts and beautiful Buddhistsstatues and the inscription of ashoka which has made at their great third century B.C in this province.