Kandahar in the past named as (Hara, Howai Te or Harawetee) and after same times Greeks has been changed it to (Arkozia, Arkosia and Arkhozia). Ahmad Shah BaBa has been put infrastructure stone of Ahmad Shahi's city in first day of Rabiul Awal in 1149 H.Q. Kandahar province was as the monument central and capital of Drunai's imperatory that during histories of Afghanistan came in national and international tourists' books about Kandahar province. In first Kandahar province had 4 districts but after some years now has 10 districts. 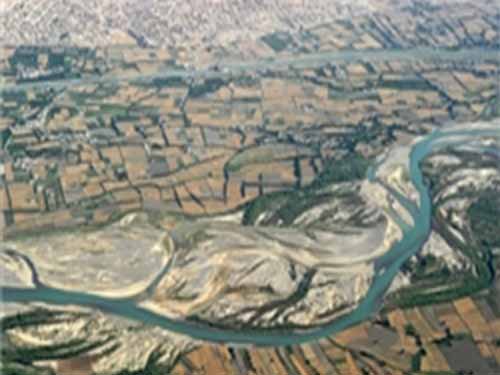 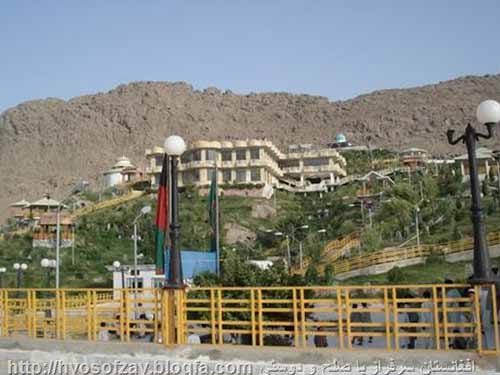 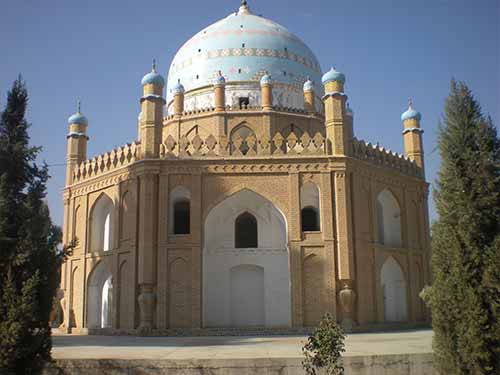 this hill has 31m high and make from that building which cause of supernatural distorted 1000 years ago. The first building of Mandigak that had 9000 years old conspicuous some attribute of human like carve up stones and polished bones of animals in 15 floors shows the phase of inhabitants of this area cause these founded some cupper dishes.

This stone had been digging when Buddhism religion arrival to Kandahar by Ashoka it's has 250 M.D years ago ancient and language of this scripation is Greek and Pashto.

Chehel Zina is a terrace that has located in side of a mountain in to north of Kandahar and each stair of leader has been deign in stone of mountain. In the past two stony lions was in two sides of leader.

Chehel Zina has been billed by Akser Miza son of Shah Bahar that stared in 930 H.SH and finished in 95 H.SH that the Nastaliq letters was scripted by Mir Masom Kandahry and bills of this leader make by king Amanullah Khan that in total has 43 stairs.

Arg is one of central administrative of Ahmad Shah BaBa's empire that in fronts of that build 4 lawns and located at the north of Ahmad Shahi city which was stand up to 19 century but the present building of Arg from Saraji epoch which has been billed by Sardar Mohammad Osman Khan governor of Kandahar.

5- Castle of Ahmad Shahi in Kandahar:

Ahmad Shahi city had square ship that surrounded from 4sides by fort which has 6 doors (Kabul door, Khkar Par door, Herat door, Eid Gah door, Top Khana door and Bro door) that these doors made from width boards. This castle has a minaret out of the castle to checking of out areas.

Shrine of Khirqa-e-Mobarak and universal masque that fundamental stone of Khirqa and comprehencive masque put at 1186 in Temor Shah-e-Sadozai epoch and the construction of this building has been completed at 1190 and Khirqa has been carried to there.

The current sheep of Khirqa was made during Kingdome of Mohammad Zaher Shah that some of floors have been destroyed and the yard of mosque became large.

The painting of mosque was completed by Sofi Abdull Hamed and tilling of the mosque was being done by Mohammad Gull Khan governor of Kandahar, Mohammad Ghafor Khan and Mohammad Kolal Khan ware whom that made the tile bricks of mosque. 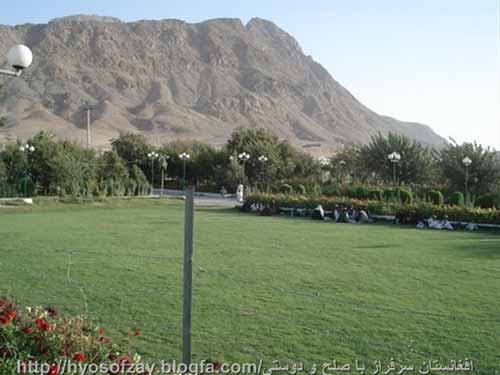 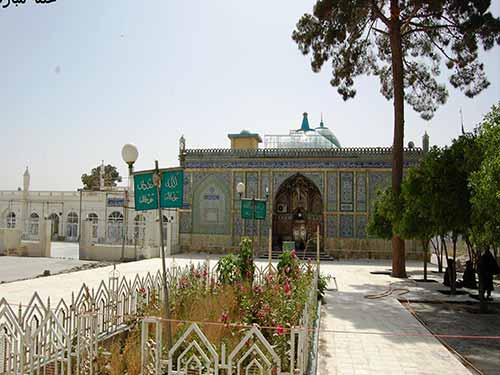 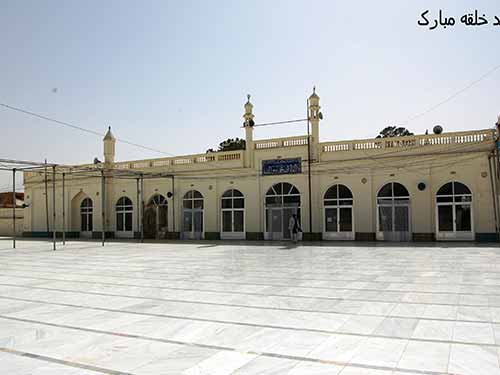 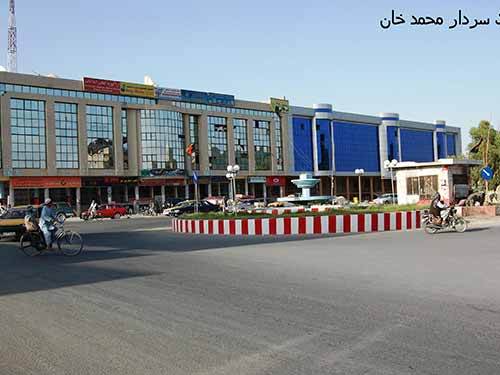 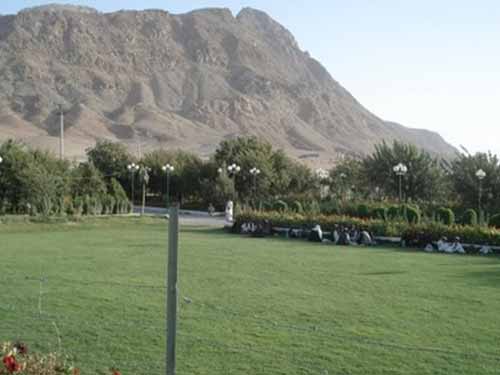