Kabul the capital of Afghanistan considered one of the ancient province in Afghanistan. Kabul has surrounded by Nangarhar on the south east logger on the south and maiden Wordak on the west. The area of Kabul is about 4585 km square kilometers and has Gotten more than 6000,000 populations. Kabul province has Divided to 14 sub governments, ancientness and one of the rich Province of the country among others provinces. Famous monument and palace: balahisari Kabul (high fort) chlesutoon royal palace, darlaman Royal palace, Kabul museum, national archive, national gallery Royal palace, star palace, pul-i- khishti and the most famous Playgrounds, and gardens. 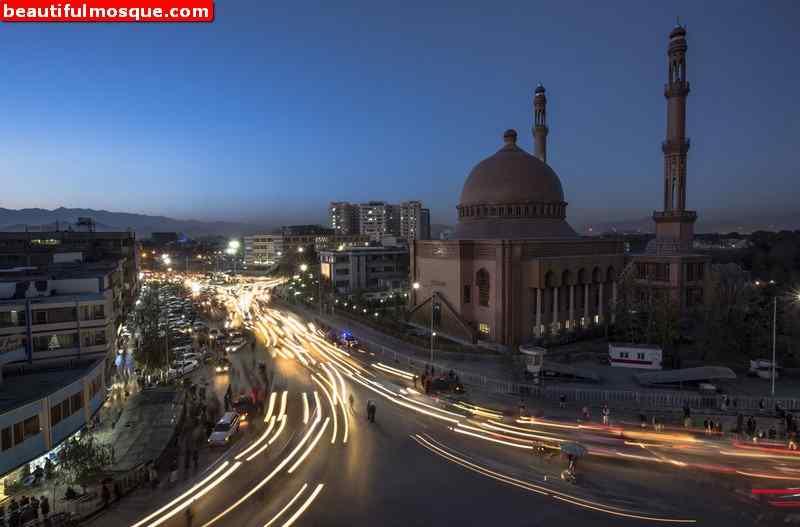 The most ancient mosque as known it called masjid -i- labi- darya Thiswas built in 1799 CE during the region of king shahzaman sup Supervision of mullah Hamid mirwaise. This grand mosque has three galleries, seven aches 21 domes among each domes of this mosque has a grand Landen in the middle part which had been working by gasoline the southern part of the mosque has been widened by king abdullrahman khan (1880- 1901 CE) locates near to minaret of supahi gumname it was small on that time royal family of malika sarhag.

The mausoleum of Temorshah Located to the west of Aisha Durrani and South of Kabul River in Kabul. The history and people of Kabul, Teimurshah is the first son, grandchild of Zaman Khan Son of Asadullah Khan. Asadullah Khan is descendants of Zerak Baba the head of well-known Abdali tribe in Kandahar.

The Mausoleum of Temorshah was built larger than Ahmad Shah Baba's mausoleum in the reign of ten years which he was the King of Afghanistan. Although the beginning of the document and ceremonial architecture and engineering supervision and its expense are not known, but it covers has been repaired several years.

There are several rooms around the mausoleum of Temorshah. It was built from bricks and plaster according to Bukharai Building principles vie Kandahari structure. The first part of shrine was dug deeper from the level and then then laid on the upper floor inside the dome -like tomb of Ahmad Shah Baba Qbrnma enclosure built around the tomb part. 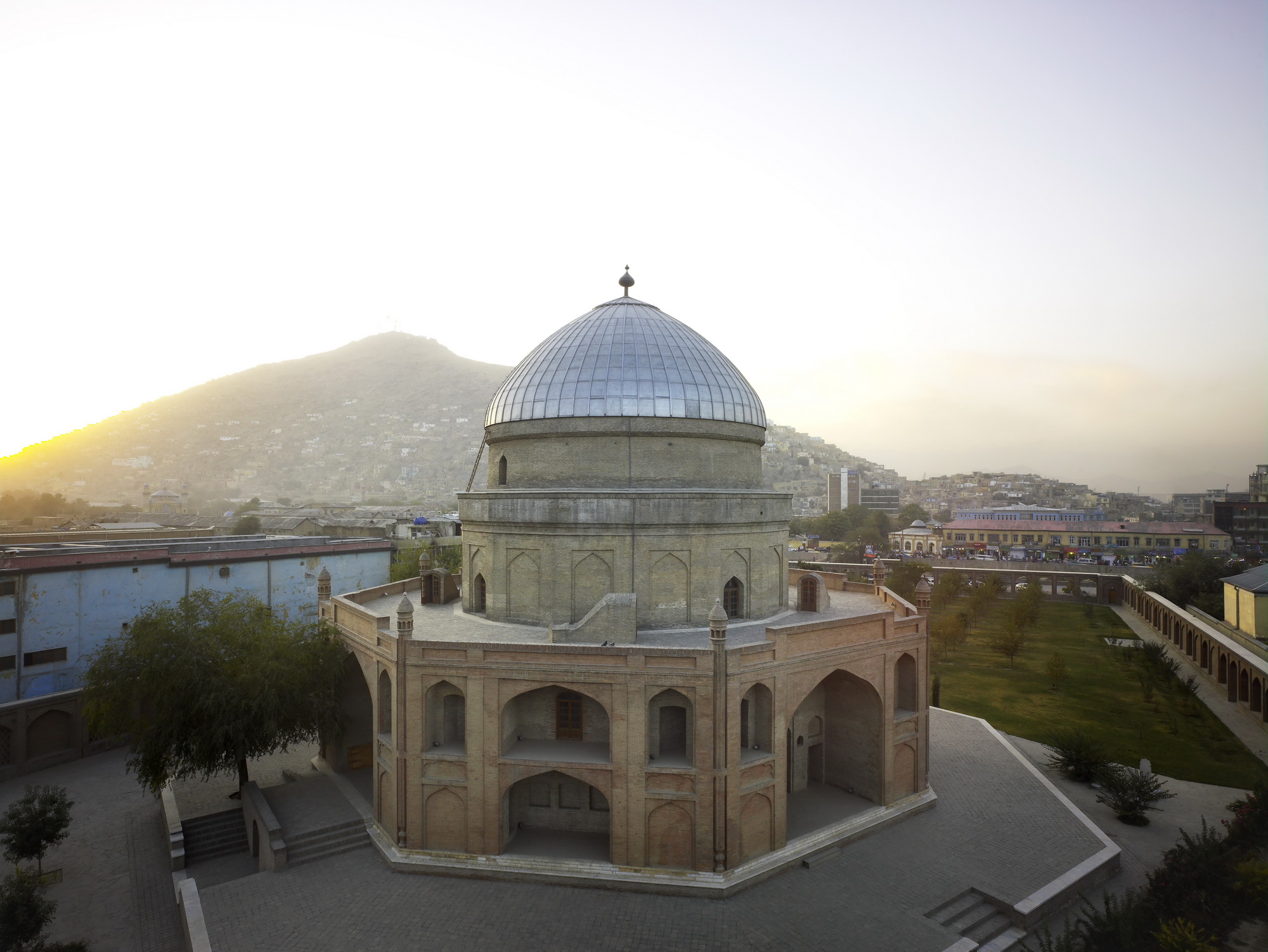 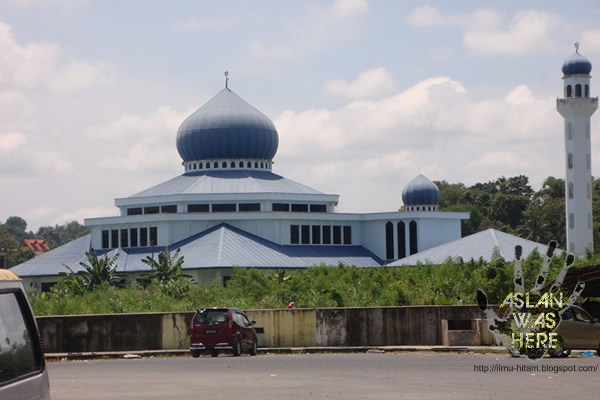 Among Ali Mardan Garden & Hozori Chaman Eadgah Mosque founded in 1311 AD and ended in 1315 AD. There is a stone inscription on the mosque wall where all properties are included. Other than the mosque prayers, gatherings, formal Jergah also were done there. For example Anglo-Afghan War for independence was declared from this mosque and other ethnic session was doing to this mosque. Seventy-six dome of the mosque was extended northward into southern mansion and a large dome and minaret was built and a series of porch and portrait alters, a large central altar and two small altars and also ten large and small minarets. The large dome is covered by iron and the remaining is not. The mosque was built nearly a meter higher than the floor of the yard before the mosque area with brick wall was limited. The Big East three gates Barry plastered and decorated with curves that there have been historical authenticity. Unfortunately, after the April 1357 coup destroyed the tree was pulled and been asphalt and concrete.

Shah e duo shmshira mosque was one of the first buildings of Islamic epoch in Kabul city, which located in the center of Kabul at the Ahmad Shahei Avenue beside the Kabul River.

Rolling the past centuries, the mosque reconstructed several times thereupon it builds like today (in tow floors) at the time of Amanullha Khan's kingdom by his mother (Saraj ul khwanin) in1928.

Beside the mosque there are two graves which belongs to the Lais son of Qais son of Abbas and the second one is belongs to Abdurrahman son of Ashat who was the leader of Islam host.

When the Lais with their hosts attacked to Kabul gates the war started during the war he martyred and they graved him to here. He fights with tow swords for this reason the peoples called him (Shah e duo shamshira). Moslems in front of their graves build a mosque which called Shah E duo shamshira mosque. 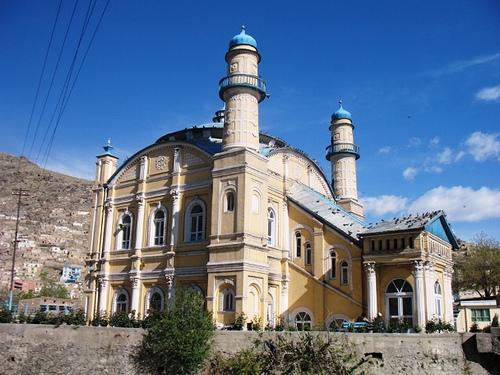 The minarets beside the aspect of their buildings, shows a historic accident. One of them is Ealm o Jahel minaret which located in Naw Abad Dehmzang, Kabul. It is a symbol of victory which our people stand against cruelty and ignorance thereupon the education take the victory versus of the ignorance. The minaret made from marble, adobes stone that written the names of those who killed in this stand in75 piece marbles in 50/50cm dimensions. The height of this minaret is about 7 meters.

With the transfer of the capital from Kandahar to Kabul in 1186 AH it was built by a group of construction engineers, which the name of famous engineer was Morad Khan and we call ather place named Moradkhani . those engineers built the building of Shar-e-ara Tower and Ashqan Arefan building. Shar-e-Ara built by Amir Abdurrahman Khan by egg whites and the cement was not common in many countries and yellow part of eggs used by workers as food. It was made on the Maran hill. It had hexagonal building plan and exterior featured an appearance Tuesday meter high horizontal and vertical lines at each end of the house shows that it is seen as posing a clear forms part of a network by wood and decorated tilt 's. This room forms part of the horizontal tilt of the belt line is built. In the final part of a three-stage tower stone work shows. 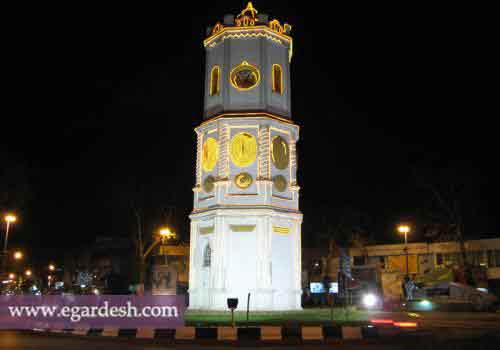