Helmand is the largest province of Afghanistan that in to east has border with Kandahar in to north with Urozgan, Ghor and Dikundy provinces, in to west has border with Farah and Nemroz and in to north bordered with Dewrand line which in north is mountain and in south is randy. The weather of Helmand is warm in summer and mild in to winter season and Lashkargah is the center of Helmand province. 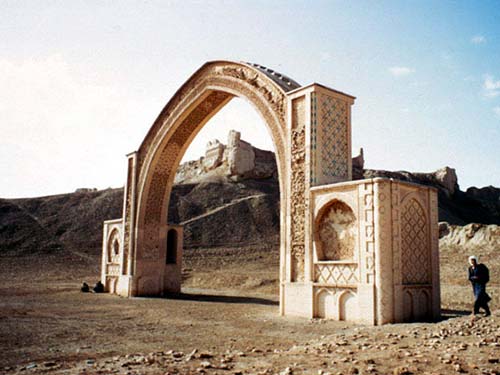 Helmand river that has most names and its name changed in different epoch histories of Afghanistan we can to remember some of them in here such as in Sanskrit it named Hezmand and Hetmand but in Islamic epoch it change to Helmand that means (majesty, greatest, full). This river originate from BaBa Mountain and up to 200km has stream to Iran country and afterwards cascade in to Hamoon River. And also it has some brunches such as Mosa castle, Naw Zad, Loe Manda, Narai Manda. We can also mention to the Morghab River.

Helmand from past is the center of historical heritages, civilization and cultural that every years between months of April and May they make a poem association by the name of (Helmand Apanda Send) and poets from other provinces also attend there.

The most handicraft in Helmand is carpet, rug, hat, alter, blanket, cord, hand bag, ornament equipment, vase and etc that most of them make by women from skin (complexion) and wool use daily live.