Badakhshan is the southern provinces of Afghanistan and is one of mountain province which has commune border with Tajikistan, Pakistan and China countries. This province has located about 470 km away from Kabul city which in to south bordered with Konar, Laghman, and Kapisa in to west with Takhar provinces. This province has mines of lazuli and hyacinth, also has more historical relics. 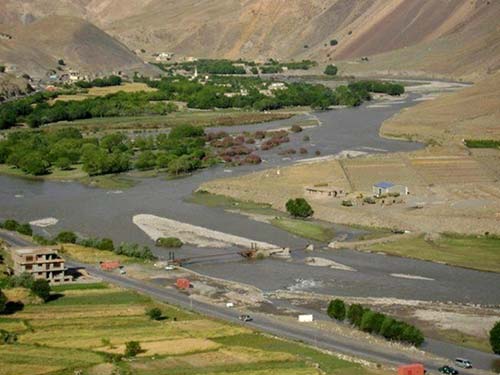 The culture of Badakhshan cause of has border with Tajikistan and China has different culture than to other provinces of Afghanistan so in this province tried to improve native Afghani cultural and poems and avoid from using foreign words in daily Conversation. Cultural, poems and literacy inductions have been made co-operation ministry of information and cultural and also costume traditional local days such as Joma Baazar and Panj Shanba Bazaar which in these days people reduce their daily grocery to each other's.

In Badakhshan information and cultural ministry registered about 21 relic places which are located in Faiz Abad and 8 others districts which the famous of them are: Pul Khishty, Kokcha River and Khirqa-e- Mobarak, tombs of Mer Yari Big, Ghias and Hakim Naser. The other relic places are: Balahesar, Ashkashim, Panja castle and 75 minarets in Zibak and Ashkashim districts. Badakhshan has high mountains such as Khwaja Mohamad hazar Chashma and Safid Khirs. 8300 from the sea the highest top of Hindo Kosh mountain by the name of Naw Shakh which has 7.492 meter High from the sew also located in Badakhshan province and Pamir Kochak popular to roof of the world also located in Wakhan districh of Badakhshan province. Mines of luzali in Kazan and Minjan, mines of hyacinth in Sarghilan district mine strambi of in Kokcha region also from Zarshoian place of Badakhshan found some mines of gold.

Handicraft of Badakhshan people is Alcha weaving, canvas weaving, carpet weaving, Chakman weaving, Qaqma weaving, ironsmith, goldsmith, coppersmith, shows industry, pottery, arcetictuer, embroidery, carpentry, which most of these done by women. We found most of animals in Badakhshan province such as hors, got, sheep, and caw and also there are wild animals like to: bear, wolf, fox, chock and etc. which there skin have most value in trade. Markopolo is famous sheep in Badakhshan province.